There has been a lot of talk lately about Breed Specific Legislation (BSL) for dogs after a number of horrific attacks locally. The entire community including RSPCA ACT has a desire to see a reduction and prevention in dog attacks from occurring. However, using legislation in this manner has proven to be ineffective in reducing dog attacks.

What exactly is BSL?  It’s the restriction of specific breeds or cross breeds of dogs regardless of their behaviour.  The only form of BSL that the Australian Capital Territory has in place right now is for greyhounds which are required to wear muzzles until they pass a non-aggression assessment (which we hope will be repealed soon).

About ten years ago, RSPCA’s national policy was also against some breeds.  That meant that if a dog (or even a puppy) appeared to be a certain breed and came into any RSPCA Shelter, we were forced to put them down even if there was no legislation that required it.  We still have staff members that were working here at that time, and they are traumatised to this day by the decisions they had to make back then.

To show how hard it would have been to even select the dogs to put down, can you tell which of these puppies is a Pit Bull?  Hint, one is actually a pure breed Vizsla. 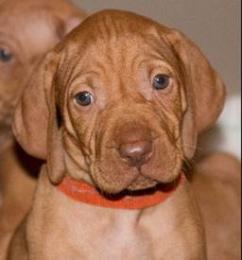 What about these two puppies? One of them is a Boxer.

After significant research and debate, RSPCA changed our national internal policy because we realised that there was no proof that such restrictions prevented or reduced attacks by aggressive dogs.

This view was backed even last year when a Parliamentary Inquiry in Victoria into the effectiveness of restricted dog breed legislative arrangements was completed.  Their legislation had specifically targeted American Pit Bulls in some form since 2001. The conclusion of the Committee was that, “Victoria’s current system of identifying and dealing with restricted‑breed dogs is not working.” Furthermore, it found that “there is insufficient and sometimes contradictory evidence on whether Pit Bulls (however identified) pose a greater risk to public safety than other breeds.”

Nationally, we are aware of 33 dog attacks that resulted in death since 1979. Of those, only two of those dogs were described as a Pit Bull or a Pit Bull cross. Furthermore, multiple international studies in the UK and in other places have determined that there is inconclusive evidence that specific breeds like Pit Bulls are genetically or statistically more likely to attack.

At RSPCA ACT, the last Pit Bull we euthanised because of RSPCA breed specific policy was on 21 June 2007.  Would you want to put down a 4-week-old puppy because it looked like it could be a Pit Bull, or the sweet dog that rolls on her back for a belly rub each time you see her?  Even expensive DNA tests don’t recognise a Pit Bull as an actual breed.  So, there was always a chance that an animal’s appearance was its curse even though it didn’t do anything wrong.

I’m proud that our ACT Government have made informed decisions in the past to NOT introduce BSLs for breeds like Pit Bulls.  The facts prove that they simply don’t work and introducing such legislation would put countless number of innocent animals down for no other reason than their appearance rather than their behaviour.  Instead, let’s ensure that pet owners are indeed responsible pet owners.